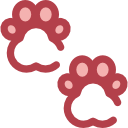 I want to know about glidslope angles for landing airplanes

I Am Done With This BS Site

most glide slopes are ~3 degrees. The angle for a specific runway can be found on the profile view on the "approach plate" for that runway

take a look at this image, http://www.navfltsm.addr.com/cat-ii-rwy9.gif note in the center of the far left side it says:

This is telling you the GS is 3 degrees

no need to calculate it

I assume you mean "calculate", "descent", and "glideslope".

Your question is vague. There's not enough information to answer it. However, since you want to "calculate" the descent angle, then I assume you don't already know it from the approach plate.

You can use simple trigonometry to figure out the angle using a variety of pieces of information. For example, if you're talking about intercepting an ILS glideslope, you can use the GS intercept altitude as the height of a triangle, the distance from the runway as the base, and calculate the glideslope angle based on that.

But it's much easier to read it off the chart.

Divide your descent rate by your speed over the ground, and take the arctangent of the result.

For example, with a descent rate of 2000 fpm and a ground speed of 225 knots, your descent angle is five degrees. That's

In many aircraft these days, you may find a flight-path vector indicator that you can enable on the primary flight display. If you turn this on, you can read your descent angle right off the display: it's the angle between the horizon and the FPV symbol that represents the aircraft on the PFD.

4 votes Thanks 4
More Questions From This User See All

When will I get my Refund from Liberty University?

Do you wear school uniforms ?

Gender Studies: Were you ever spanked when you were a child?