We are going to Australia and New Zealand next year and I need to know whether its a good idea and/or necessary to exchange US dollars for Australian dollars and New Zealand dollars? Will I need Aussie dollars for the taxi cab from the airport to the hotel; for shopping for souvenirs from a market, or small store; for tipping; and for things we may buy from a street vendor?? Then if I buy Aussie dollars will they be any good (accepted) in New Zealand for the same type activities (i.e. taxi, small purchases) or will I need some of both currencies ??

However, depending on where you live in the US, you may find that the exchange rate your bank is offering for a minor currency is less than what you would probably get in NZ if you changed your money here (because our banks and exchanges generally have more need to change USD than many (most? All?) US banks would.

So, in short, i would confirm that the cards from your bank can be used overseas on the cirrus/plus/maestro network. Assuming they can (and all except a few generally can be used in at least ATM's), then just take a small amount (perhaps AUD and NZD 300- 500 in each currency? I generally take a lot less when i travel but then again, i don't really use cash much). Then change it in NZ or Australia when you get here.

Very few places in NZ are going to accept Australian money other than banks, currency exchanges, duty free stores at an Airport and (oddly) the McDonalds in Queenstown.

When travelling, I usually take a relatively small amount of local currency with me for immediate use, as you say the cab from the airport is the most pressing. Take a couple of extra hundred with you just to get underway, then just use the good ol' ATM. Check first that you card is good internationally ( Cirrus is a name that comes to mind.)

Obviously, any foreign currency is useless in another country, US dollars or otherwise, in an advanced economy such as Australia or New Zealand.

I have used ATM's in some pretty weird & out of the way places in some strange countries, (including America) so it will certainly work here in Australia and New Zealand. You will need New Zealand Currency in New Zealand (ever tried using Canadian dollars in the USA?)

US Currency in Australia and New Zealand ??

We are going to Australia and New Zealand next year and I need to know whether its a good idea and/or necessary to exchange US dollars for Australian dollars and New Zealand dollars? Will I need Aussie dollars for the taxi cab from the airport to the hotel; for shopping for souvenirs from a...

For the best answers, search on this site https://shorturl.im/oekMN

I have VERY mixed opinions. Our world is seperated first by continents. North and South America. Europe. Australia. Asia and Antarctica and Africa. Each continent has its own cultures and government systems, own everything. Each has developed at different levels. Some are in the middle of wars, others are in the middle of technological advances that may be the "next big thing". Personally, I do not think that Australia should be its own Continient and own country. It should either be required to have countries within it as a continent, or like New Zealand be an island of the South Pacific and join a continental region from there. Now, like New Zealand, Australia is a primarily European driven country (more closely to the UK than anything else). From their culture to their religion, they are by all means "Brits down under". THEY should in MY opinion, join the EU. It would benefit their countries and would be good for the EU economically and socially. It would give people more rights, it would regulate travel to and from these countries more, and overall would be most benefical. As far as the US goes. Unless there was a world apocolypse and the only governement to survive was the EU, the US would never join another system or union. Unfortunately in America, we learn about how our country was completely built from europeans breaking AWAY from europe and their "deranged" ways and culture. In many ways, we are taught that America is without a doubt the BEST and GREATEST and most ADVANCED and RIGHT country on Earth. WE in many ways are told to reject anything to do with European democracy because of how our country was founded. Is this ludacris? Absolutely! But the US would not just step in the EU when we take pride in the fact of our independence as a nation. Do I think we would benefit from it? Probably. The EU would benefit from us more than we would benefit from them. I think that joining the EU would perhaps allow us to get rid of a lot of city life and have more agricultural advancements (because our farmland is depleating due to to much population and industrial growth which is NOT a good thing). for trade and work purposes, there would be a greater demand for natural and agricultural recourses had we become a part of the european union. Now. Asking countries like Japan, south Korea, or Russia to join would be like asking Hitler to become a Jew. IT just isnt going to happen. I do not think that it would be benefial. People need to be left to their own resources and beliefs, and by having these countries a part of a generally peaceful union could be catastrophic. Canada may stand benefit, but I think that they think they are so important when really they are a few milion people living in an icebox that they would not want to join. It would benefit them to join the union. I guess it is something that we will see if it happens in time. I am in the thinking that the only real way the the world would come together in any form of a union where all of us stand together is if a world apocolypse a good majority of the population off and we were placed into a dystopian society. I can see that happening. But for the most part, I do not think that we in our lifetime will see these countries come together. Unless it is for government take over of the world (which we are getting there), we will always be a world of seperate colonies.

I agree with the first answer. You need NZ$ for NZ and AU$ for Australia. I don't know how long you are here for, but I would suggest you don't bring more than $100 per week. As long as you have a mastercard or visa card you can use it basically anywhere (including taxis, etc) The same applies to NZ. You do definately need some actual money though for the small purchases. Hope you have a great holiday. And no - we don't tip unless we feel someone has gone above and beyond what we expect of them (which is a fairly rare occurance!)

Having lived in both Australia and New Zealand for some time, I can tell you with near-certainty that only the local legal currency is accepted in both countries. AUD for Australia. NZD for New Zealand.

Exceptions exist, in some high-volume transactions like casinos. I don't think cabbies and souvenir shops will accept your US dollars.

These are very bad times to be exchanging US dollars for Australian dollars ; the US dollar is devalued like mad while the Aussie dollar is within 5c (AUD) of parity (1:1) with the US dollar.

Smart shops in tourist areas will accept US dollars on a 1 for 1 basis, and you will lose on the exchange rate (but not for long with the little Aussie battler). Your call. You can exchange to the local currency, or pay more with US dollars.

There's good advice in the answer above.

One extra bit of infomation.... We don't automatically tip here or in New Zealand. That's an American thing to do.

If we recieve exceptional service then maybe, but in general no.

I hope you enjoy your holiday (vacation) here.

LOL. And what's the profit for Russia, China, S. Korea and Japan in such «joining»? They PRODUCE things. The US, Canada, Australia etc. ONLY CONSUME and inflate financial bubbles. Ah, I get it! You must be one of those geniuses who believe that a combination of a healthy organism and a parasite means symbiosis, right? :D

you need to use the currency of each country,you can not use Us dollars

3 votes Thanks 3
More Questions From This User See All 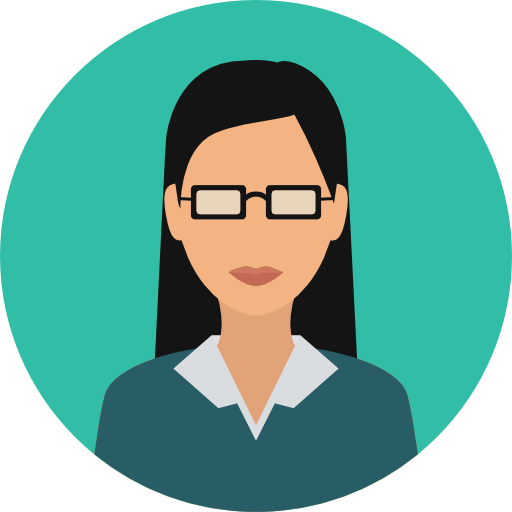 Soft, Tender Bumps on my Scalp?

Alright girls, which is better...?

Elizabeth of the United Kingdom. May 2021 | 0 Respuestas

How much did you spend yesterday?